To help protect our waterways from pollutants and to help maintain clean streets, the City of West Melbourne provides a street sweeping program. The program removes an average of 22.5 tons of material from city streets each month.

The chart below shows the amount of material collected by street sweeping each month (click on chart for larger view). 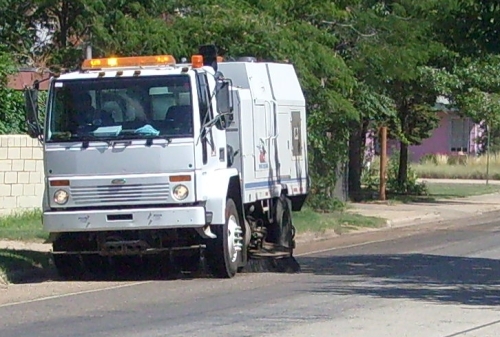 Upon its inception in 2011, street sweeping was performed eight times a year in the months of January, February, April, May, July, August, October and November. In approving the City's fiscal year 2016 to 2017 budget, the City Council approved an increase in the frequency of street sweeping to once a month.

It takes two days for the City's contractor to sweep the streets in West Melbourne.

Street sweeping will generally be performed on the second week of the month barring equipment malfunction or inclement weather and Public Works crews will place signage in front of the neighborhood the day before a sweep so as to encourage citizens not to park along the street the next day.

For more information about the program, call the West Melbourne Public Works Department at 321-837-7777.